The Kindergarten and Primary students of the International Private School Eurocolegio Casvi have celebrated Spanish National Day together with their teachers and classmates.

Our students have done this through numerous original activities, both in Spanish and English. At each stage, and in each year group. They have worked vertically on different aspects of the history of the discovery of America by Christopher Columbus. 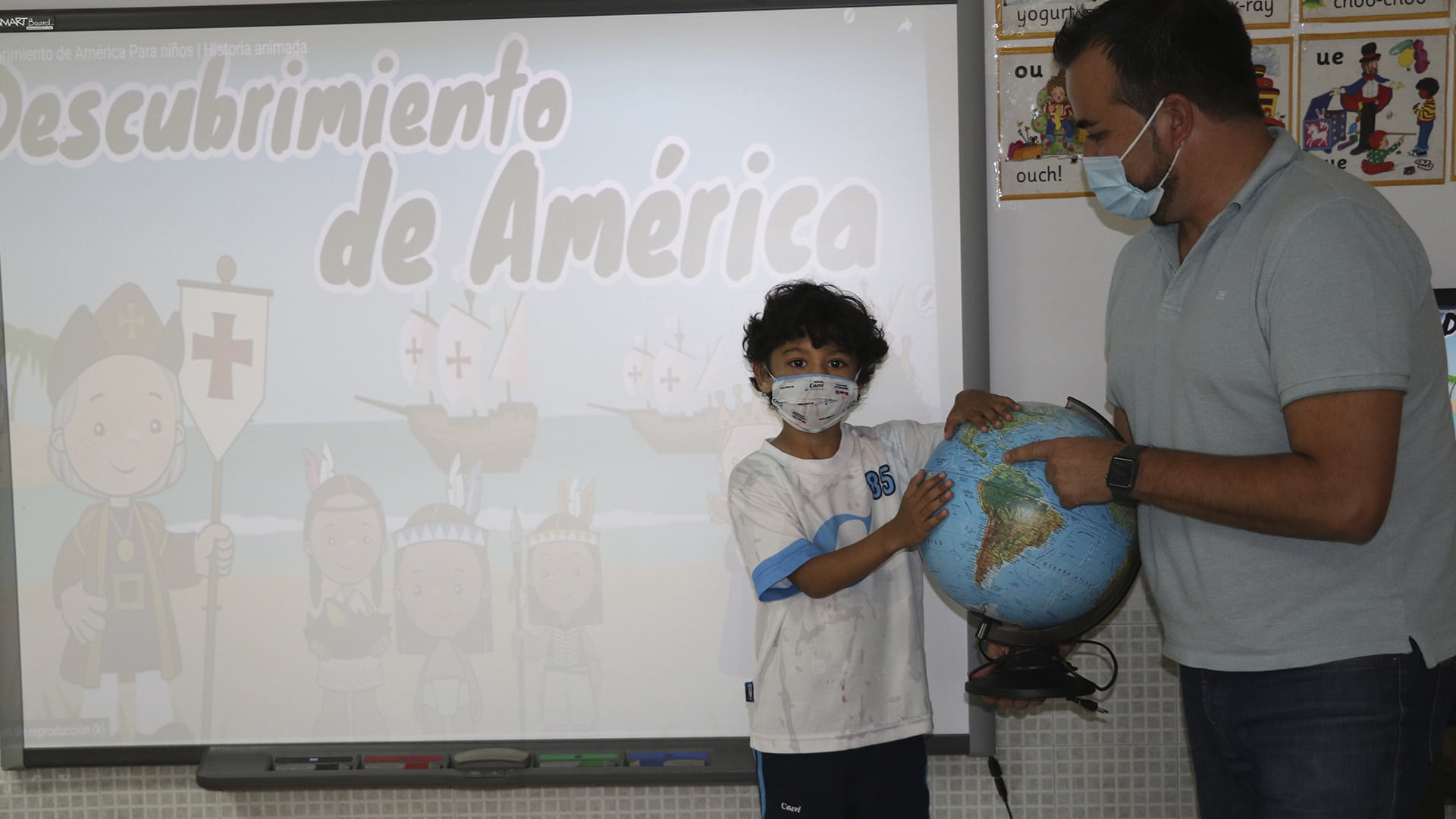 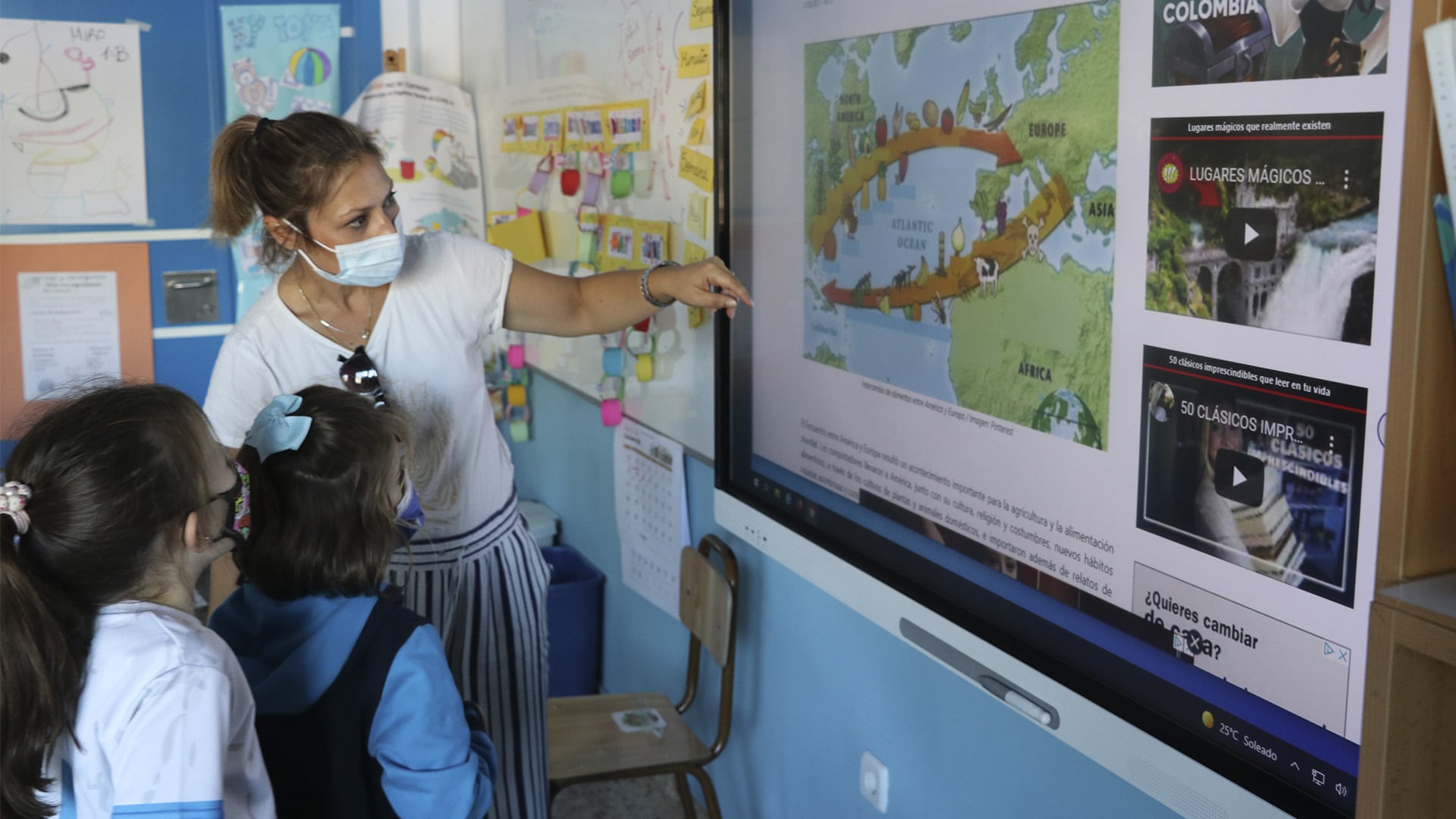 From an early age, they have learned to create teams to make learning more effective. Our students have researched, with all kinds of materials, the information they did not know about the subject in question. Also, they looked for different points of view. They were critical of what they investigated. And recreating what they learnt in different handicrafts: logbooks, spyglasses, murals…

They worked vertically on different aspects of the history of the discovery of America by Christopher Columbus. 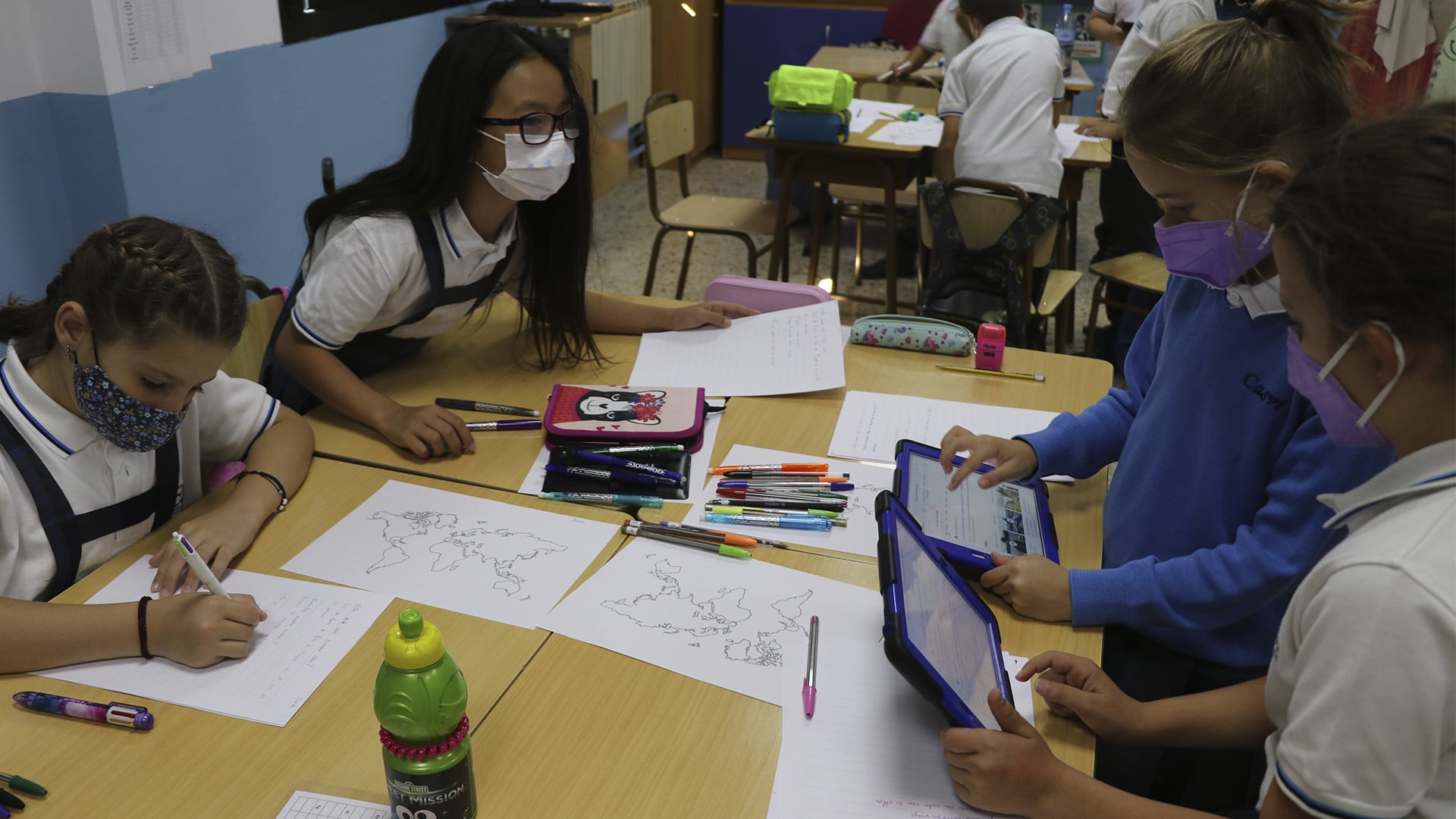 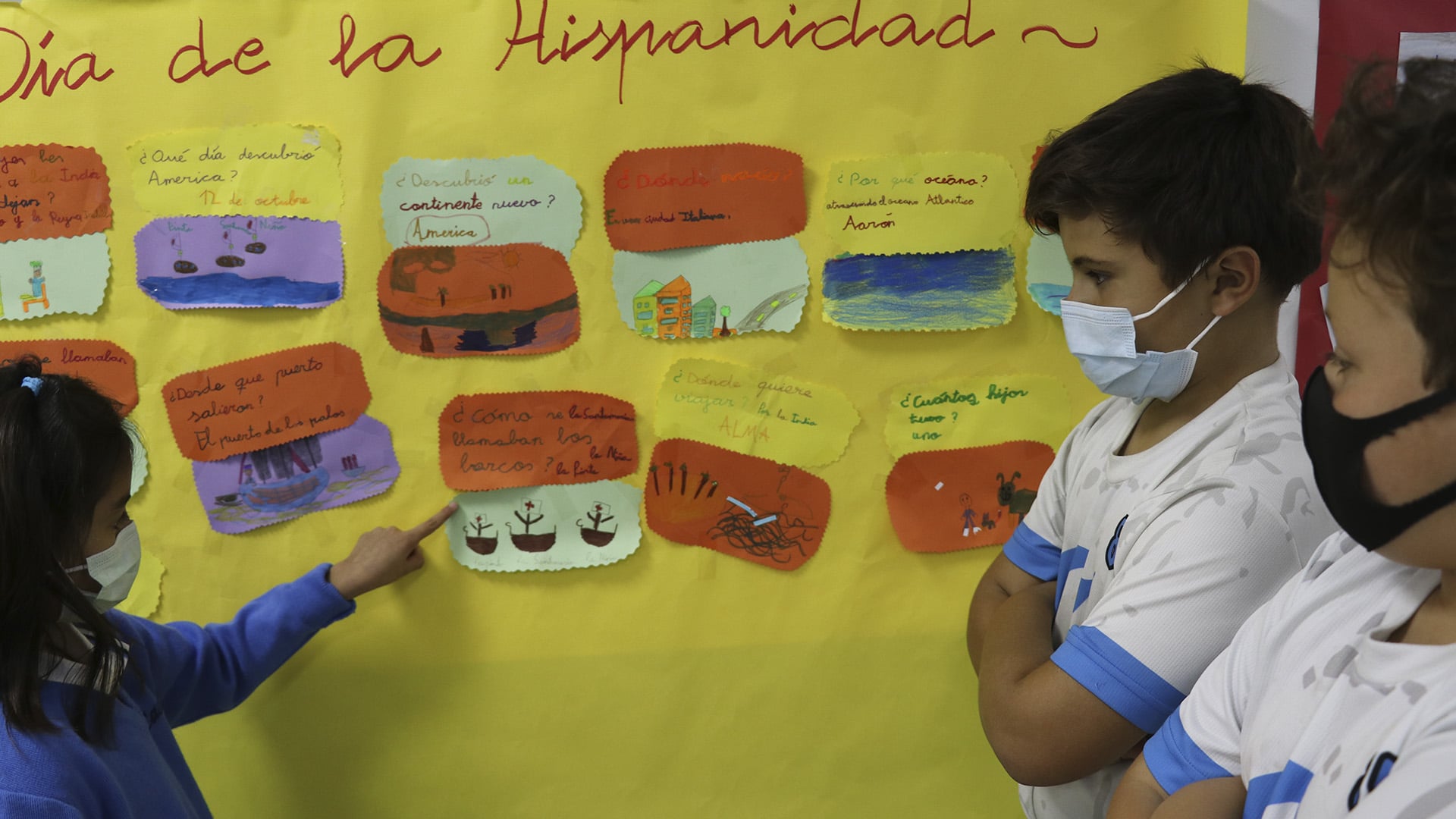 Activities for Spanish National Day, the results of which have been presented today to the students of other courses. Therefore, they have demonstrated their audacity. Also, their skills as good communicators, an attribute of the IB profile.

We show you everything in this gallery of images.

Why is Spanish National Day celebrated on 12 October?

12 October is Spanish National Day. This day commemorates the arrival of Christopher Columbus on the island of Guanahani in the Bahamas. A date that occurred in 1492 and became a public holiday four centuries later.

Specifically, it was in 1892 when President Antonio Cánovas del Castillo asked Queen María Cristina of Habsburg to declare 12 October a bank holiday.

Two decades later, the term ‘Día de la Raza’ was coined, an expression coined by Faustino Rodríguez-San Pedro. He was the president of the Ibero-American Union. The term was established informally in 1913. By this cause, it became a bank holiday in 1918, in a law passed by Alfonso XIII.

The name was kept for almost forty years until 1958, when it was changed to ‘Día de la Hispanidad’ (Spanish National Day). A term rescued by the Franco regime to “celebrate the anniversary of the Discovery of America”, according to the Decree Law.

Finally, in 1987, the second denomination was established as official. As stated in the Official State Gazette, the date chosen (12 October). Therefore, “symbolises the historic event on which Spain began a period of linguistic and cultural projection beyond European borders”. 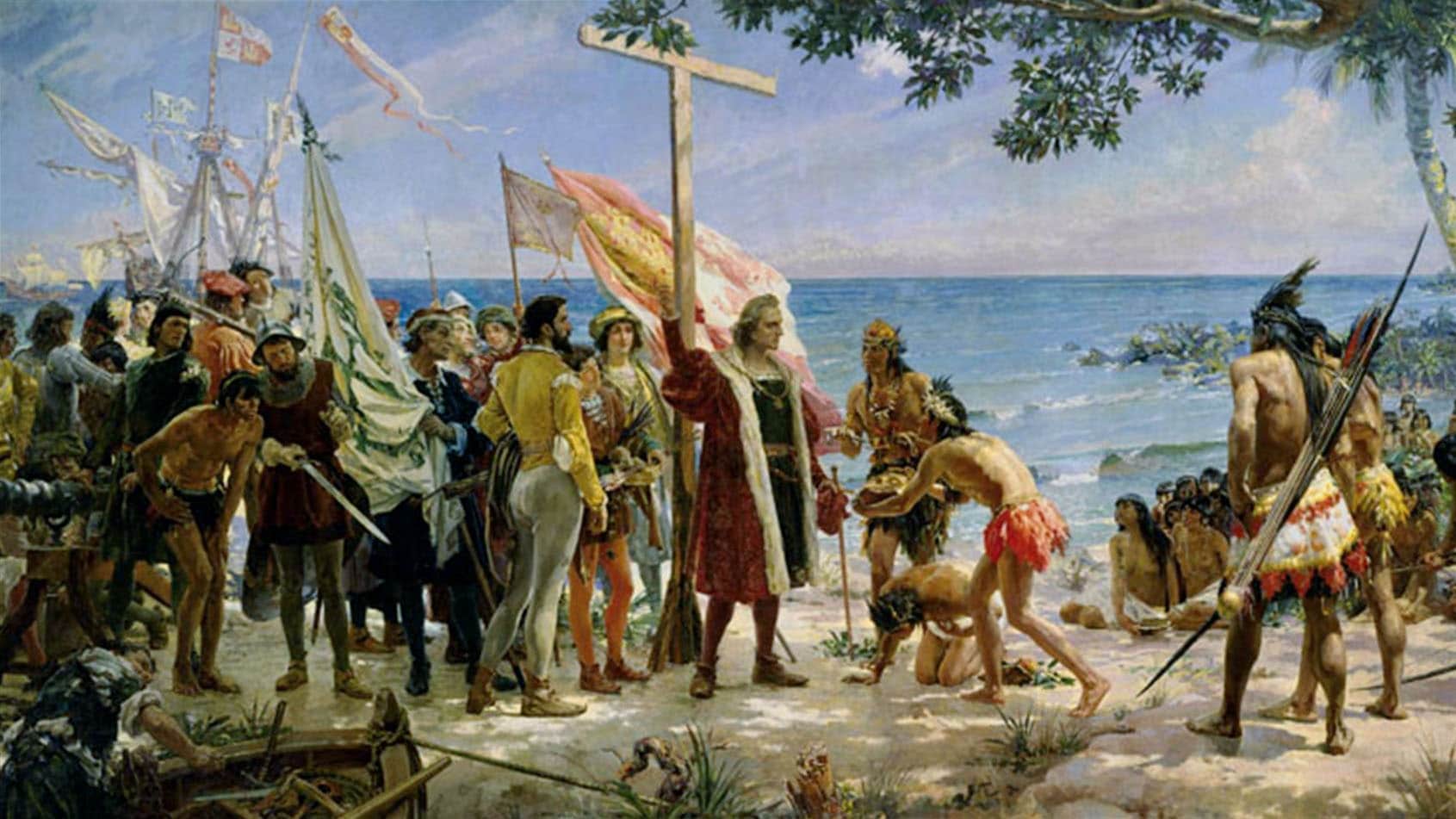 In order to enhance the commemoration of the Spanish National Day, the most significant events, were moved from Armed Forces Day to 12 October. The highlight of which was the military parade.

During the first decades of the 20th century, the celebration of 12 October became popular and established in many Latin American countries. It did so as a bank holiday within the territories. Many countries began by calling it ‘Día de la Raza’, following the Spanish model. Others, such as Honduras, still keep that name.

However, in countries such as Argentina, Nicaragua and Chile, the name given to the celebration of 12 October has changed. It has done so in order to reflect more personal aspects of the place. Thus, it has been renamed ‘Cultural Diversity Day’. Also ‘Day of the Encounter of Two Worlds’. Or even ‘Indigenous Resistance Day’.